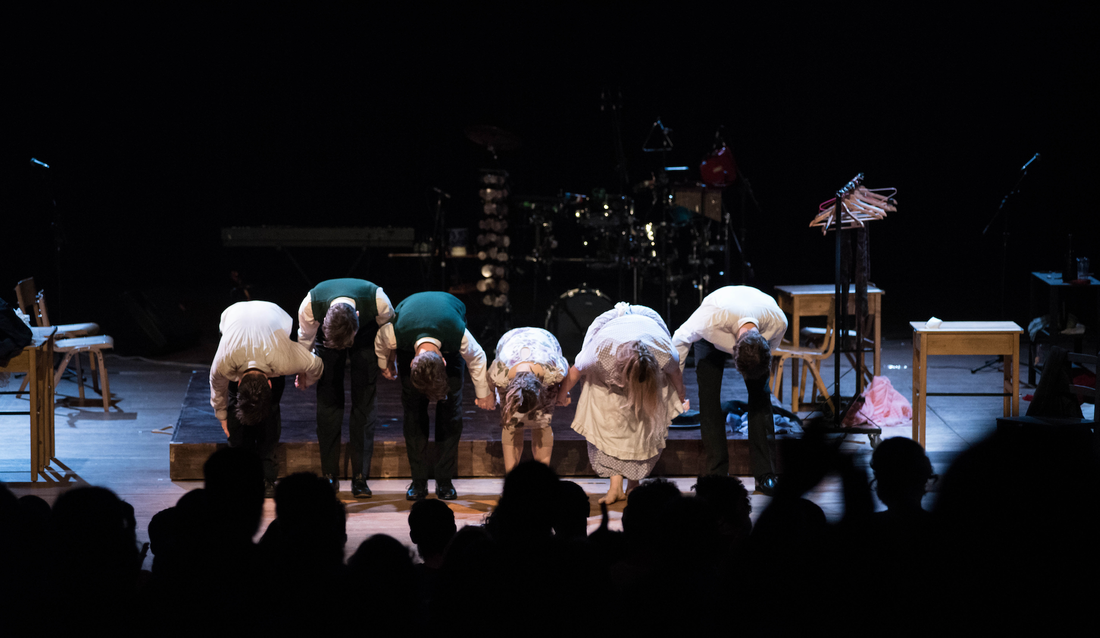 Established as a professional ensemble in 2011, Theatre Re is one of the UK’s leading visual theatre companies. It has garnered a national and international reputation for creating world class, deeply moving, and visually striking poetic theatre.

The company’s name comes from the prefix re and symbolises its guiding principles: to rediscover, to reinvent and to reveal. Rooted in Etienne Decroux's Corporeal Mime, productions use movement, music and design to tell stories. Our work crosses disciplines, with past projects taking inspiration from science, philosophy, psychology, public health and education to address global human challenges, bring people together and develop empathy with strength and delicacy. Collaborations with community organisations throughout the creation process are central to the company’s work.

The company is led by artistic director Guillaume Pigé with Alex Judd, Katherine Graham and Eygló Belafonte as associate artists. They are supported by a core group of long-standing collaborators.

Since 2011 Theatre Re has created and toured five productions. The company has performed at 78 venues in 44 UK cities and toured internationally to 15 countries.

- The Nature of Forgetting was awarded The ThreeWeeks Edinburgh  Arts Editors’ Award 2017 and was part of TO DO LIST unmissable things to see in 2017.

- Blind Man’s Song was BBC’s highlight of the Edinburgh Fringe Festival 2015, picked by The Culture Trip as one of the UK local favourites for 2016 and part of Theatre Things highlights for 2016.

- The Little Soldiers was nominated for two OFF WEST END Theatre Awards (2013) and for The Brighton Fringe Pick of Edinburgh Award for Emerging Artists (2013).

- The Gambler was ranked in the top 3 best reviewed shows at the Edinburgh Fringe 2012.